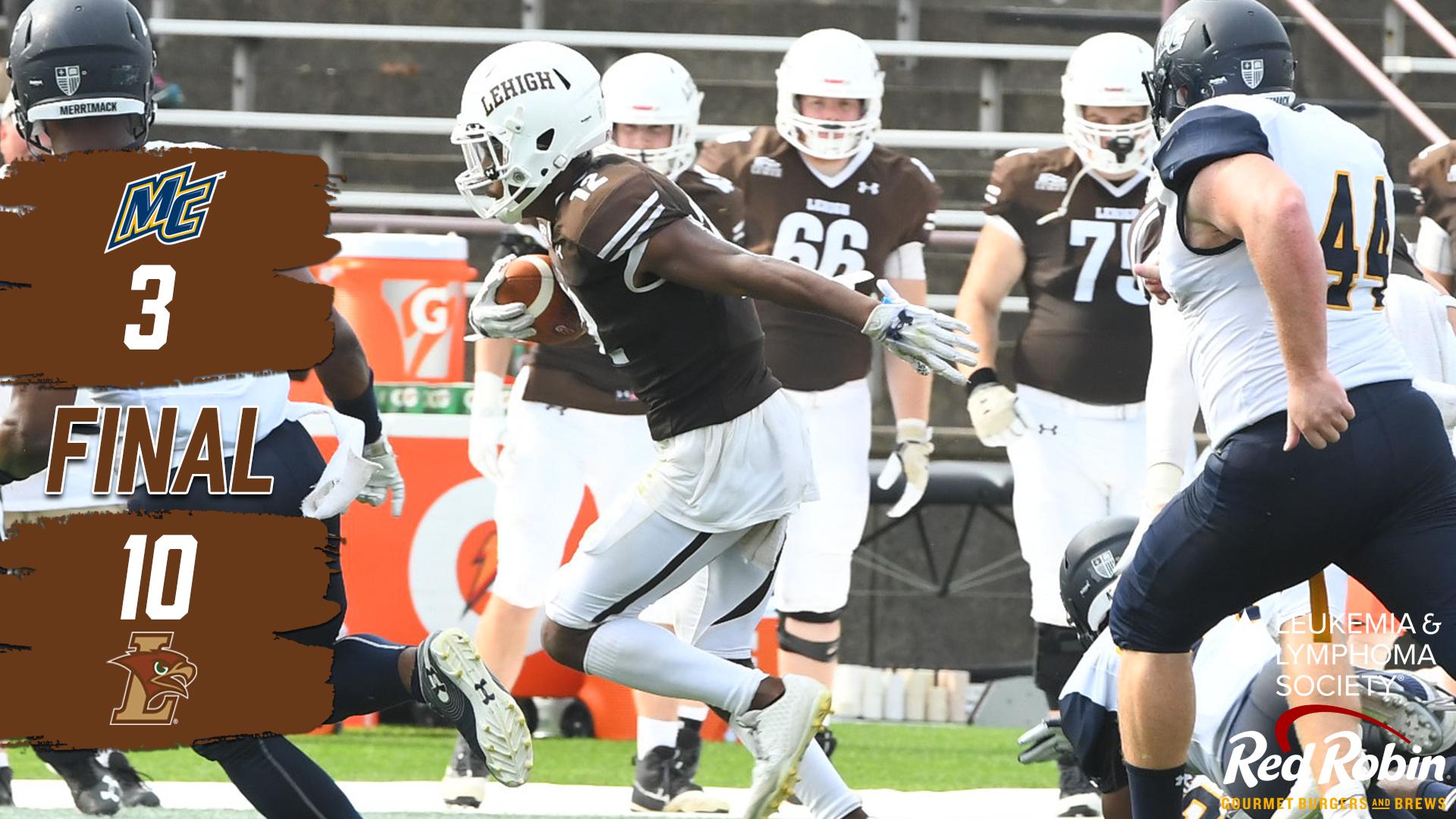 It wasn’t the sort of game for the NFL’s Red Zone channel.

It wasn’t for people who love power rushing, precision passing, or turnover-free ball.

But it was a win that the Lehigh Mountain Hawks will happily take.

The Lehigh Mountain Hawks had six sacks and kept Merrimack out of the end zone, and rode a broken-play scramble touchdown by QB Addison Shoup to beat the Warriors 10-3 in front of over 4,000 fans at Murray Goodman Stadium this weekend.

The first half ended 3-0 Merrimack in a half that a defensive coordinator could love. The Warriors got interceptions by CB Darion McKenzie, LB Daekwon Shepard, and CB Caleb Holden to stop Lehigh drives, while holding the Mountain Hawks to 114 yards on offense.

But the second half was almost all Lehigh’s defense and special teams.

Lehigh’s first score was set up by a blocked punt and a 40 yard FG by PK Austin Henning, and then the defense amassed sack after sack of Merrimack QB Chris Carter. DE Erik Slater led the way for Lehigh with 3 sacks, but more than that the constant pressure on Carter caused him to end the day 29 for 49 passing, crucially with zero TDs.

Ultimately the defensive stops led to a big play by the Lehigh offense, with Shoup taking off with the ball and weaving through a surprised Merrimack defense with what ended up being the game-winning score.

Lehigh’s defense would stop Merrimack on 4th down with DB Jaylen Floyd blitzing and forcing an errant pass to have the Warriors’ final drive fall short.

LB Keith Woetzel was a monster underneath with 12 tackles, 8 solo, as Merrimack was held to 303 total yards while holding onto the ball for 36:49 of the game.