[ED. NOTE: This morning, Wayne Otto, one of our College Sports Journal contributors, passed away this morning after a short battle with cancer.  This piece was one of many great pieces Wayne provided for us here at CSJ, and thought this was a fitting tribute to him.  Rest in peace, Wayne.]

For years all along tobacco road, the fall and college football season was just a warm-up for the real thing, college basketball.

The leaves would turn into magnificent fall colors and the college football season would slowly emerge into basketballs dribbling on the hardwood floors around the state.

College football might not have surpassed college basketball in the state, but football is now a sports factor with North Carolinians. Even basketball schools like Duke and North Carolina, have football promise and constantly fill their stadiums and play big time football games at all levels of the sport in North Carolina.

This is the 2019 edition of: the best of college football in North Carolina. 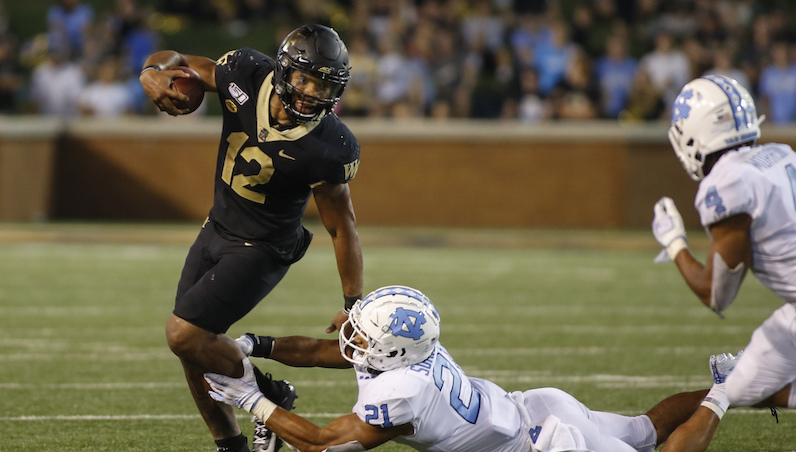