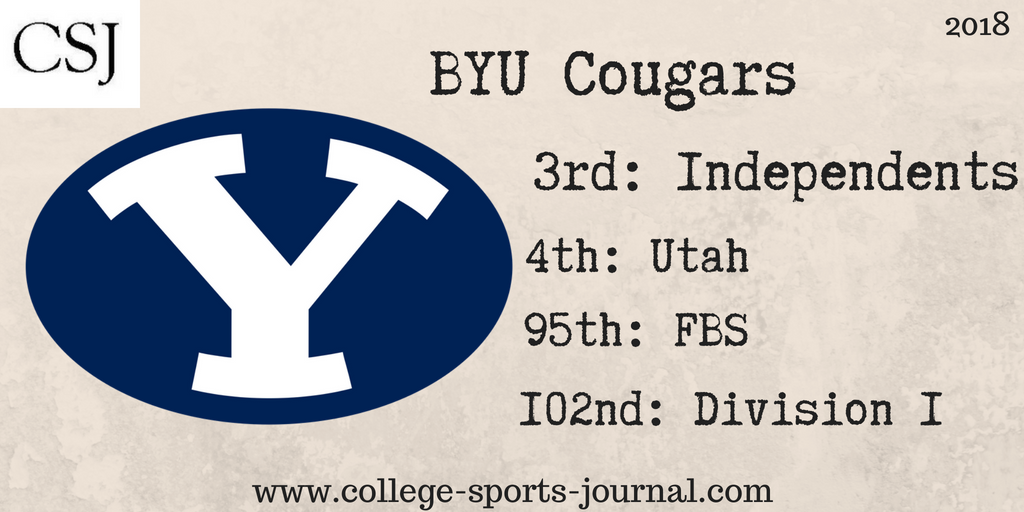 2017 In A Sentence: BYU finished with its worst season since 1970 at 4-9 with the main culprit in last season’s slide was an offense that averaged just 17.1 points per game.

Biggest Shoes to Fill: LB Fred Warner made 264 career tackles, ranking 24th in BYU history. He led the team the last two seasons in tackles and was selected in the 3rd round of this past spring’s NFL Draft by the San Francisco 49ers.

Key Player: QB Tanner Magnum or Zach Wilson are battling for the Cougars to be the starting signal caller. Magnum is the senior who has started 20 games in his career, has recovered from an Achilles injury. Whereas Wilson is a true freshman but has shown flashes in practices so far. Whichever quarterback is selected, they need to lead the BYU offense to better results this year.

Fearless Prediction: With four games against Power 5 opponents, along with a trip to Boise State, BYU faces a difficult schedule. But with a stout returning core on defense even despite the loss of Warner and with a least a little improvement on offense, this team should get to the six win total and get back to a bowl game.