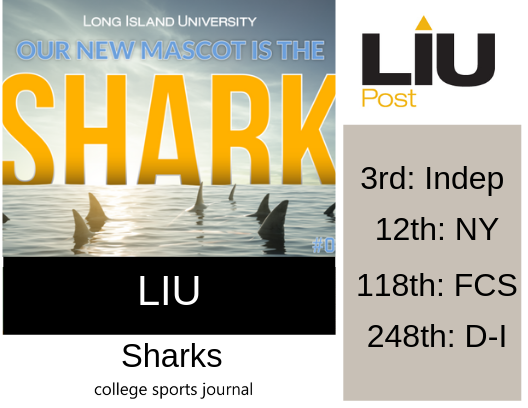 2018 In a Sentence: In their final season in Division II, LIU-Post went out in style, beating perennial NE-10 power New Haven to win their conference championship and qualify for the playoffs with a 10-0 record. A narrow 20-14 loss to Slippery Rock in the first round should do nothing to dampen LIU’s momentum as they head directly to Division I.

Biggest Shoes to Fill: The Sharks, which is the new name of the combined athletic programs of LIU-Post and LIU-Brooklyn, are immediately eligible for the FCS postseason since they are technically consolidating a program that is already Division I (formerly LIU-Brooklyn). They however lose 15 redshirt seniors and 1 graduate student to graduation, none more important than Rutgers transfer QB Chris Laviano. Laviano threw for 23 TDs last season and ran for 3 more. 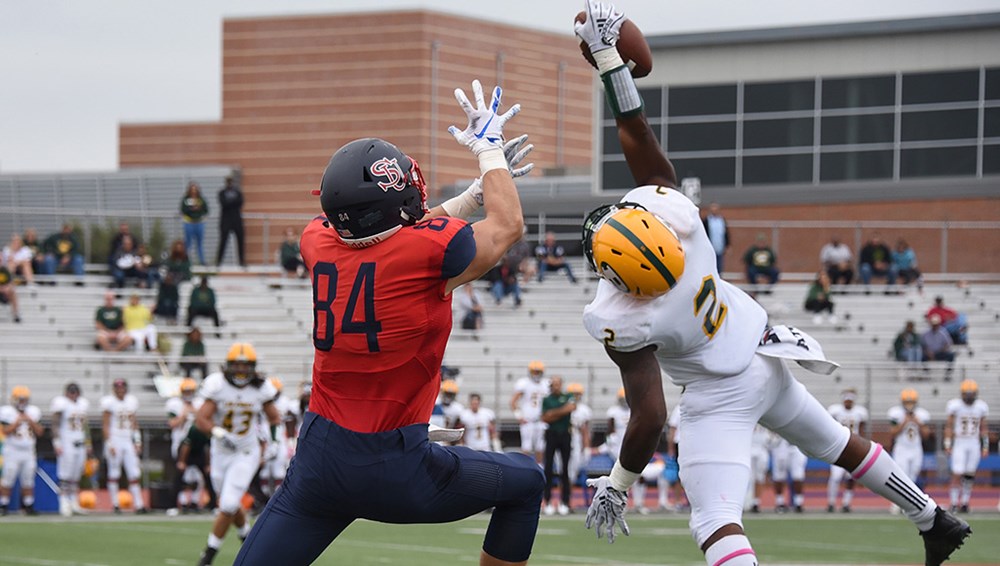 Key Player: With so many productive players graduating, head coach Bryan Collins will have to lean on some new faces to carry the load in the Sharks’ first season in Division I. One name that he’ll be able to count on is DB Nazir Streater, who had 63 tackles last season, led the team with 7 interceptions, and blocked a kick.

Fearless Prediction: The Pioneers, er, Sharks lose so many productive players that it’s hard to see them leap into Division I and make the playoffs right away. They won’t be down long, but 2019 should be a year of transition and rebuilding. Still, there will be plenty of Sharknado sightings – and some LIU wins, too – in the Long Island area this fall, and before long the Sharks should be very, very competitive in the NEC.