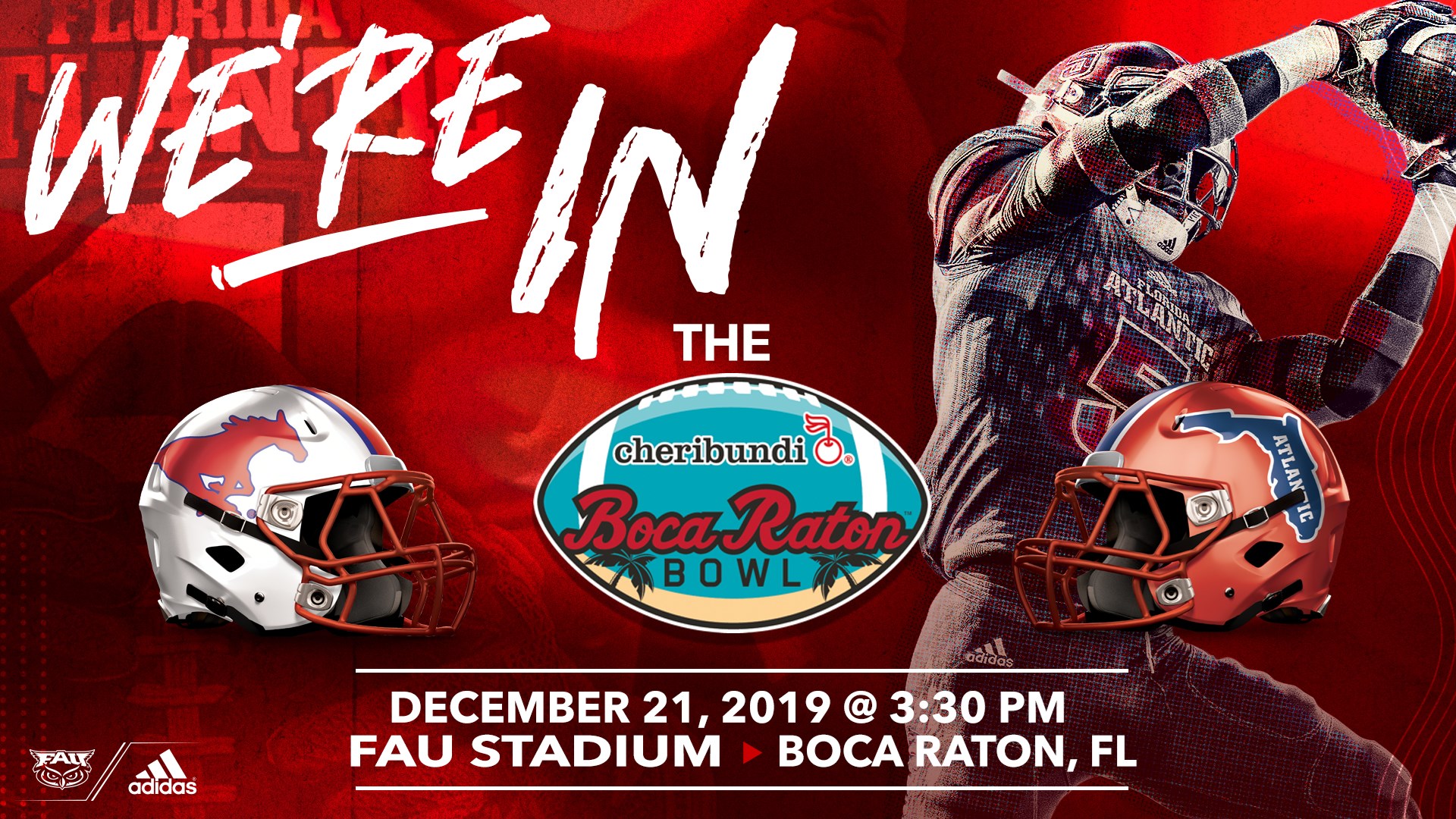 Bowl History: Howard Schnellenberger, one of the most recognizable names in college football history, was the architect for football success at FAU. The former University of Miami head coach (1979-83) returned to college coaching in 2001 and led FAU to a 58-74 record (2001-11). Included in that win total are the first two bowl wins in school history, a 44-27 win over Memphis in the 2007 New Orleans Bowl and a 24-21 triumph over Central Michigan in the Motor City Bowl the following season. Lane Kiffin guided the Owls to a 50-3 win over Akron in the 2017 Boca Raton Bowl as the Owls won a bowl game for the third time in as many tries in school history.

Coach: As is seemingly always the case, whenever you have Lane Kiffin as your head coach you are bound to be in the news on a regular basis. Such was the case in 2019 at Florida Atlantic opened the season with a 45-21 loss at Ohio State. The Owls fell for the second time in as many weeks with a 48-14 setback against UCF the following weekend.

Kiffin, a veteran of many coaching jobs in his career, both college and pro, resigned following FAU’s 49-6 win over UAB in the C-USA championship game to become the head coach at Ole Miss. Defensive coordinator Glenn Spencer will be the interim coach for the bowl game and recently hired coach Willie Taggart will become the head coach of the Owls following the bowl game. Taggart was fired earlier this season by Florida State after just 21 games (9-12) at the helm of the Seminoles after leading Oregon to a 7-5 record in 2017.

2019 Season: After dropping the first two games of the season, FAU rebounded to win nine of the next 10 games to finish 9-3 during the regular season. The only conference loss was a 34-31 setback at home against Marshall on Oct. 18. The Owls will be looking for their seventh win in a row against the Mustangs on Saturday.

2019 Owls: Kiffin was long known as an offensive-minded coach. That bore itself out during his time at FAU. The Owls were a pass-oriented team in 2019 and averaged 278.7 yards per game through the air. They tallied just 164.3 yards per game on the ground for a total of 443.0 yards of offense per game, little wonder FAU managed to score just over 35 points per game before Kiffin’s departure.

On the other side of the ball, the Owls held opponents to just 136.7 yards rushing and 233.6 yards passing in 2019. The 370.3 yards of total offense should indicate the Mustangs should be able to put some points of their own on the board. Whether it will be more than the 22.3 points per game allowed by the Owls this season and enough to defeat the Owls remains to be seen.

Senior Harrison Bryant (6-5, 240), is one of the top tight ends in the nation. He has caught 65 passes for 1,004 yards and seven TDs this season. Teammate DeAngelo Antoine (5-10, 188) has added 61 receptions for 771 yards and five touchdowns from his wide receiver position.

Smith, meanwhile, has 98 (49 solo) tackles on the year. Included in his totals are 11.5 tackles for loss and 3.5 sacks. He also seems to be around the football and has two interceptions and four fumble recoveries in 2019.

Bowl History: SMU has a storied past and is appearing in a bowl game for the 17th time in school history. The Mustangs will also have a dark cloud that will forever hang over the program and a win against the Owls will help remove some of that stigma.

SMU has won three bowl games since recovering from the NCAA-mandated Death Penalty of the 1980s. The Mustangs defeated Nevada 45-10 in the 2009 Hawai’i Bowl and has also defeated Pittsburgh and Fresno State in bowl games in recent years. A win on Saturday will move SMU to 8-8-1 all-time in bowl games.

2019 Season: It has been a season to remember in Dallas as SMU reeled off wins in each of its first eight games. That torrid streak was snapped by Memphis, which defeated the Mustangs 54-48 on Nov. 2. Navy handed SMU its only other loss during the regular season with a 35-28 win at home in Annapolis.

2019 Mustangs: Dykes, like Kiffin, has long been regarded as one of the top offensive minds in college football. His Mustangs are averaging 185.9 yards per game on the ground this season, but the real bread and butter, in true Dykes’ fashion, is passing the football. There the Mustangs are accounting for 309.3 yards per contest this season. The 495.2 yards of total offense generated by the Mustangs will be sure to cause the Owls some fits. How quickly they can adapt and adjust will go a long way in determining the victor of Saturday’s game.

Defensively the Mustangs are yielding 438.7 yards of total offense with most of those yards (284.9) coming via the pass.

Key players: Shane Buechele (6-1, 207) is the leader of the SMU offense from his quarterback position. The junior signal-caller has completed 280 of 443 passes for 3,626 yards and 33 touchdowns this season against just nine interceptions.

The SMU defense is a feisty group. They have four players with at least 72 total tackles on the season. The leader in that department is Richard McBryde (6-1, 232), who has amassed 87 (64 solo) tackles this season. Included in that total are 9.5 TFLs and 3.6 sacks from his linebacker position. Patrick Nelson (6-0, 216), a safety, is second on the team with 78 (57 solo) tackles, including 17 tackles for loss and 12 sacks.

Ray: While defense may win championships, offense certainly puts points on the board … and there figures to be plenty of points when a pair of explosive offenses get together. With Kiffin having departed to Ole Miss of the Southeastern Conference and a defensive coordinator stepping in on an interim basis in an effort to slow down the SMU attack, it figures Sonny Dykes and the Mustangs should have the upper hand: SMU 45, Florida Atlantic 42

Chuck: SMU had a tremendous year, playing a College Gameday game against Memphis and going 10-2 on the season. FAU went 10-3, but with a much easier schedule. The Mustangs’ quality will be on display as they pound FAU. SMU 55, Florida Atlantic 23