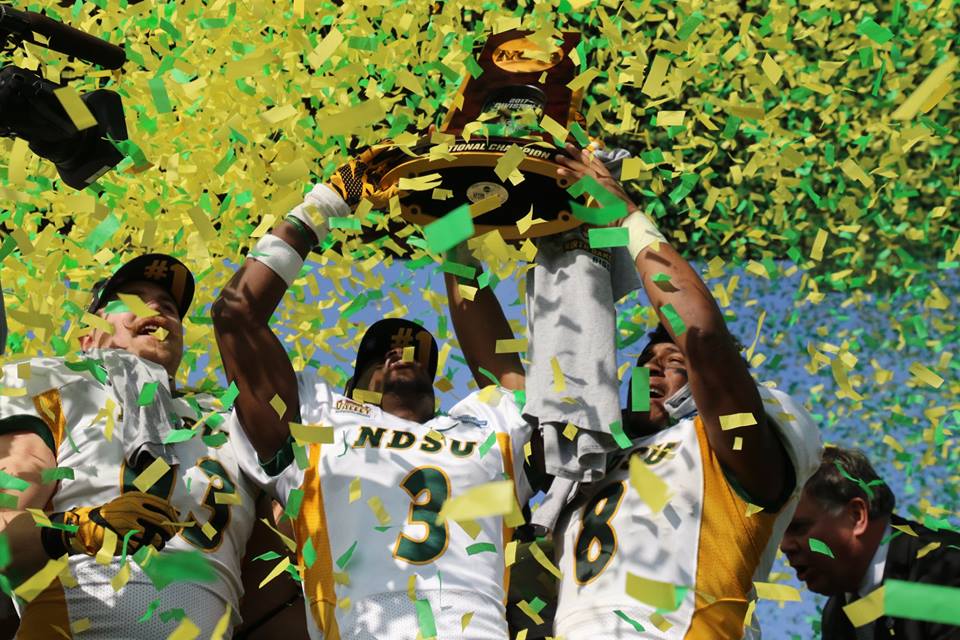 College Sports Journal announces their 2018 Fearless Prediction for the Order of finish of the MVFC.

North Dakota State won its unprecedented sixth national title in seven years last year. The Bison again look stacked to win its eighth straight conference title and are the odds on favorites to again win its seventh national title in what appears to possibly be a reloading year for many of last year’s top MVFC schools.

South Dakota State looks like the top team to unseat the Bison but has questions in its receiving game with its top two receivers gone. Northern Iowa has several key pieces on defense to replace. South Dakota has its quarterback position as its unknown. Western Illinois will have a new head coach. Youngstown State has the receiving side as its question mark. Illinois State has questions just keeping consistency as it is a team that can beat the top half teams but then can lose to the bottom half.

The other three schools in Southern Illinois, Missouri State, and Indiana State have several question marks after finishing in the bottom of the league last year. Although Southern Illinois very well could be a dark horse candidate.

In the end it looks like NDSU is the team to beat and while history says the Bison usually drop one MVFC contest, it does resemble the 2013 undefeated team with the number of key components back.