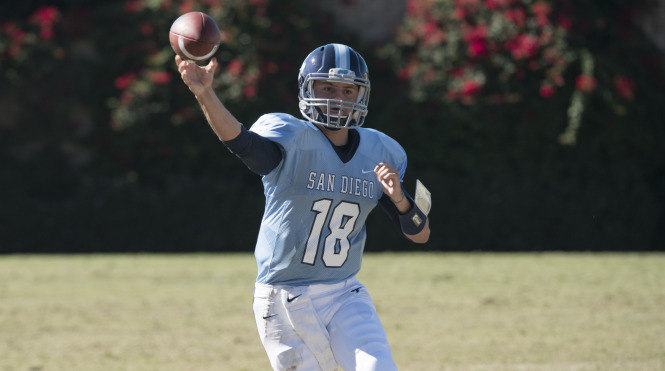 College Sports Journal announces their 2018 Fearless Prediction for the Order of finish of the Pioneer Football League.

The San Diego Toreros are picked by CSJ to repeat as PFL Champions. Last year San Diego won its second consecutive PFL crown in finishing 10-3 overall (8-0 in conference play) and also won its second playoff contest (against Northern Arizona) before falling in the second round.

San Diego QB Anthony Lawrence also heads the 2018 Preseason All-Pioneer Football League Team as selected by the league’s head coaches. In his career, he has started all of his three years (36 games) in southern California and has thrown for 8,521 yards. Last year alone, he had an astounding touchdown to interception ratio in throwing 33 scores while only throwing three picks.

(as selected by PFL head coaches)