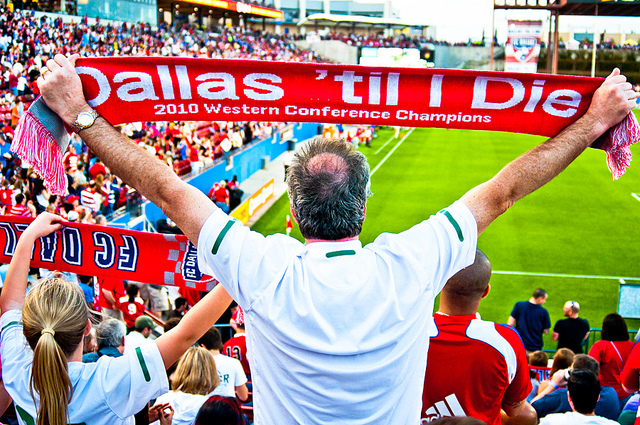 There truly is a never-ending search for content, a fact I was reminded of when I was politely and earnestly asked this week about coming up with an FCS playoff projection for the 2019 season.

In past seasons, I’ve generally waited until we know – well – anything about the 2019 FCS football teams before trying to put my name on an FCS playoff field. By the time mid-October rolls around, we know that an 0-6 team in the NEC with three conference losses is pretty unlikely to be in the conversation for a FCS playoff spot.

But picking an FCS playoff team in September is really tricky business. I can almost guarantee that there is an 0-2 team out there right now that is going to be playing playoff football Thanksgiving weekend or possibly even the weekend after. Even 0-2 Robert Morris, who lost to a winless NAIA school in Kentucky State, could theoretically run the table and win the NEC at this point.

In fact, the only teams that are truly out of the conversation is Florida A&M, who is serving a self-imposed postseason ban, and the schools of the Ivy League, who have chosen FCS playoff irrelevance.

So what is a person who loves the FCS to do? Why, pick a playoff bracket based on basically nothing, of course. This week, here’s a FCS playoff prediction that will almost certainly be obsolete by dinnertime on Saturday.

This week, in the absence of a lot of data, I will lean heavily on two different pieces of data: the way-too-early FCS Sagarin ratings and our preseason picks of who CSJ thinks the conference champions might be. In the case of the Big Sky, it’s a three-way choice between Eastern Washington, UC Davis, and Weber State. As of now, let’s choose 1-1 Eastern Washington as our Big Sky representative.

With Monmouth struggling against Lafayette, the only real choice here so far is 1-1 Kennesaw State, who crushed a non D-I in Week 1 (Point) and took FBS Kent State to overtime last week. This is consistent with who CSJ picked to win in the preseason as well.

The last two choices make things easier from the projection standpoint. Rather than go through something hard, like analyzing quality wins/losses, projecting possible W/L records, comparing margin of victory, I can just go back to our original predictions and see who we chose to win the CAA. James Madison (1-1). There, that wasn’t hard at all.

Until proven otherwise, 2-0 North Dakota State has amply earned the right to be our hypothetical conference winner. Not that you needed to know this, but they were also No. 1 in Sagarin this week and No. 1 in our Missouri Valley preview as well.

Very little to go on here, but 1-0 Duquesne was our pick in the preseason to win the conference and the Dukes have done nothing to disqualify themselves from consideration. A 44-3 win over D-II Walsh didn’t really prove much one way or another.

So here, finally, is where things get interesting. Our preseason pick to win the autobid, 1-1 Jacksonville State, was throttled by Southeast Louisiana to start the season. And our second-placed team, 1-1 Southeast Missouri State, lost last week to a very tough Montana State team on the road. Judging by these two games, give us SEMO.

Colgate may be 0-2, but their two losses, to powerful Villanova in Week 0 and FBS Air Force in Week 1, aren’t really enough to sway us from our original predictions for the Patriot League. 1-1 Holy Cross is a team to watch after their upset win over 0-1 New Hampshire last week, but we’ll keep a wait-and-see attitude. 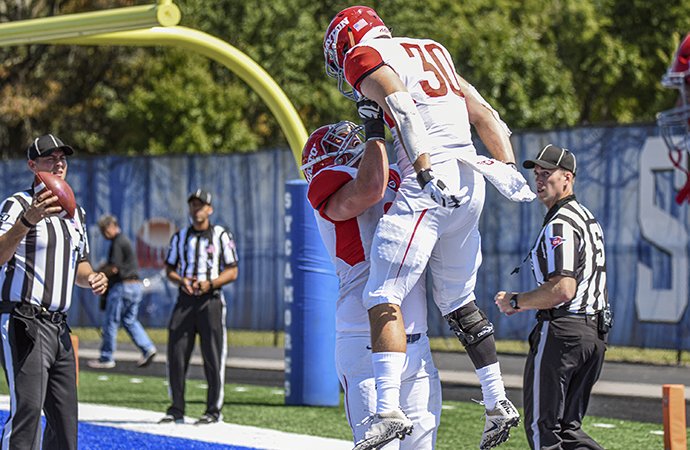 Our preseason pick to win the PFL was San Diego, and certainly their 0-2 record against Cal Poly and UC Davis of the Big Sky certainly shouldn’t be held against the Toreros. (San Diego came inches away from upsetting the Aggies last week.) But Dayton, with their 42-35 upset win over nationally-ranked Indiana State, was an announcement that the Flyers are for real in the Pioneer this year. Tentatively, let’s put the Flyers in the autobid spot.

0-1 Wofford was our pick in the preseason to win the SoCon, but a stunning loss to South Carolina State makes it an easy handoff to 1-1 Furman to be our early SoCon autobid pick after an impressive game against Georgia State, 48-41.

It’s already Week 2, and… already we’re having problems figuring out who’s going to win the Southland? With Southeastern Louisiana, Houston Baptist and other teams already looking like they will be in contention all year, we could have gone with our preseason pick, 0-1 Nicholls, but after Central Arkansas upset Western Kentucky to begin the year – have to pick da Bears at the moment.

Seeding? SEEDING? You want seeding? This is where Sagarin will shine for us. It won’t be exactly what Sagarin is telling us, but it’s a pretty good indictor.