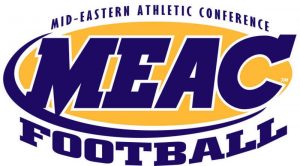 Last season, North Carolina A&T were the Celebration bowl champions. This season, who is likely to be competing for a Celebration Bowl bid, and who’s likely to be sitting at home? Can the Aggies repeat, or will there be a new team headed to Atlanta this year?

1*. (Florida A&M)
You might be wondering: why the “would-be”, parenthesis and the * around FAMU? Well, I think they will finish atop the MEAC standings, but will have to miss the Celebration Bowl due to a self-imposed postseason ban. They really turned it on last year, and if it weren’t for a late season loss to rival Bethune Cookman, would have been in the Celebration Bowl. The Rattlers return a young group of starters that will have a year of experience under their belts, and with QB Ryan Stanley returning with his full compliment of weapons from last year, FAMU should put up more points to compliment their already very good defense.

2. North Carolina A&T
The Aggies have been the dominant force in HBCU football the last few years, but losing a lot of their defensive bedrock following 2018 could make the MEAC very interesting. Don’t expect them to drop off the proverbial face of the earth – the Aggies will still be a force to be reckoned with, especially with a heated 3 way quarterback battle going on in camp, and a talented receiving core returning. The game against Elon will be a great way to measure exactly where both teams are, but if A&T can make that game competitive and even win, expect them to be a force in the MEAC once again, and in my opinion returning to the Celebration Bowl due to FAMU’s sanctions.

3. Bethune-Cookman
This year, the Wildcats will be the wild card. They had a say in last year’s MEAC title upending rival FAMU on the final game of the season and will look to challenge A&T and the Rattlers for the MEAC title this year. They’ll look to lean on QB Akevious Williams and a mostly returning offensive line to improve the offense overall, along with hoping that their defensive unit will make a significant jump this year in terms of allowing fewer points. Bethune Cookman will certainly have a say in who goes to the Celebration Bowl, but will they finally make the trip?

4. Howard
My hometown HBCU was a little bit disappointing last year with a losing record, but could be a potential spoiler this year. QB Caylin Newton is a legitimate National Player of the Year candidate, and if he has a year along those lines, Howard could be a sneaky pick to become MEAC champions. What has me hesitant to say this is the fact that over the last couple of years, defense has been their downfall, and with a new head coach, there will be a lot of unknowns. But, plenty of top programs are getting new head coaches this year and aren’t expected to miss a beat. If Ron Prince’s coaching philosophy can mix well with explosive individual talent on both sides of the ball, Howard could finally have their breakout year.

5. North Carolina Central
Another team with a new coach, and the only team to upend NC A&T’s run of celebration bowl appearances. The Eagles were mediocre in terms of points scored and points allowed last year, but with 9 returning starters on offense, you would think there would be improvement on that front, especially when you return your No. 1 rusher and starting quarterback. What will be key for them is to win the games they’re supposed to and pick up an upset here and there. If they can upend Howard, and knock off one of the Florida schools, the NC A&T vs. NCCU matchup on November 18th to close out the regular season will be one to watch.

6. South Carolina State
The thing about the Bulldogs is this: They are always a top defensive unit, and their offense is, well, not good at all. When they do get a somewhat competent offense, they win MEAC titles. So, the key to success with this program will be the quarterback play of Tyrece Nick, who is a legitimate dual threat in the backfield. We know they have the capability to hang with the top of the MEAC because their defense will always keep them in games, but if their offense can improve their points per game output by something a small as a touchdown (19.5 ppg last year) the Bulldogs will at least have a say in who goes to the Celebration Bowl.

7. Norfolk State
I just said that SCSU had a pretty putrid offense – well, the Spartans were even worse last year. Having said that, with four offensive linemen returning this year,a returning dual threat in QB Juwan Carter, and their leading rusher returning, NSU’s offense can only improve. Their defense was just inside the top half of FCS last year and with a stingy pass defense, expect them to at least hold the line, if not improve. The Spartans are a much bigger long shot than SCSU, but that doesn’t mean they still can’t knock off a team or two above them in the preseason rankings. 8. Morgan State
When you look at the record and statistics for the Bears, it doesn’t look like there’s much there, yet they played plenty of close games last year and even, unbelievably, knocked of NC A&T in Greensboro. The defense was just outside the top 40 in points per game allowed last year, and that unit returns 8 of their starters. They can keep things close, but Morgan State needs to score more. The offense was right behind Norfolk State in terms of points per game, which isn’t a recipe for a MEAC championship. They have an interesting early season match up with James Madison, and if the Bears can keep it respectably close with the Dukes, let’s say 4 scores, Morgan State might have a little more to say about the MEAC title than people might think. Personally, I really hope they bring their band to Bridgeforth.

9. Delaware State
Unlike their SWAC “nope” counterparts, the MEAC bottom has somewhere to go, and can make some legitimate noise in the conference title races. Delaware State finished the season off strong winning 3 of their last 4 games and looks to build on that late season success with second year head coach Rod Milstead. He will be hoping to establish a hard nosed offensive line and a heavy rushing attack, a trait for which the team was known for when he played for them in the late 80s and early 90s. We expect the Hornets to improve on both sides of the ball, especially on offense. If each unit can add a touchdown and slash a touchdown to their totals respectively from last year, Delaware State has the talent to knock off anyone in this conference.

Ten Players to Watch from the MEAC